Do our brains work against us when we’re dieting? 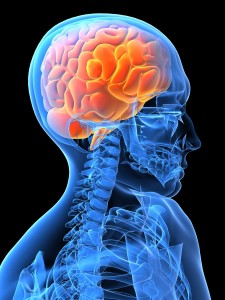 It looks like there might be an important difference in the way men’s and women’s brains respond to favorite foods.

In a recent study, 13 women and 10 men were asked to fast and were then exposed to their favorite foods while undergoing brain scans. During the scan they were asked to use a strategy they had been taught to try to suppress any thoughts of hunger and eating.

Both the men and women reported that the strategy was helpful, but the scans revealed that the brains of men and women actually responded very differently. The men’s brains really did show decreased activity in the areas that respond to food and that control the drive to eat. In women’s brains, these areas remained active, even with their use of the strategy.

Do our female brains lead us to be more interested in food? Are thoughts about food and eating more difficult shut down for women? Might emotional eating be more of a compelling issue for women due to our neurobiology? It’s possible. This was a very small study, and what the results mean is still unclear.

The study does suggest some possible strategies for being proactive. If you know that your brain might get really turned on by certain foods, it’s probably best to avoid the temptation whenever possible. And if it’s possible we can’t count on our brain to calm down easily, then developing more strategies for staying in control of our choices and making deliberate decisions about the food we eat might be even more valuable.