Don’t tell yourself no. 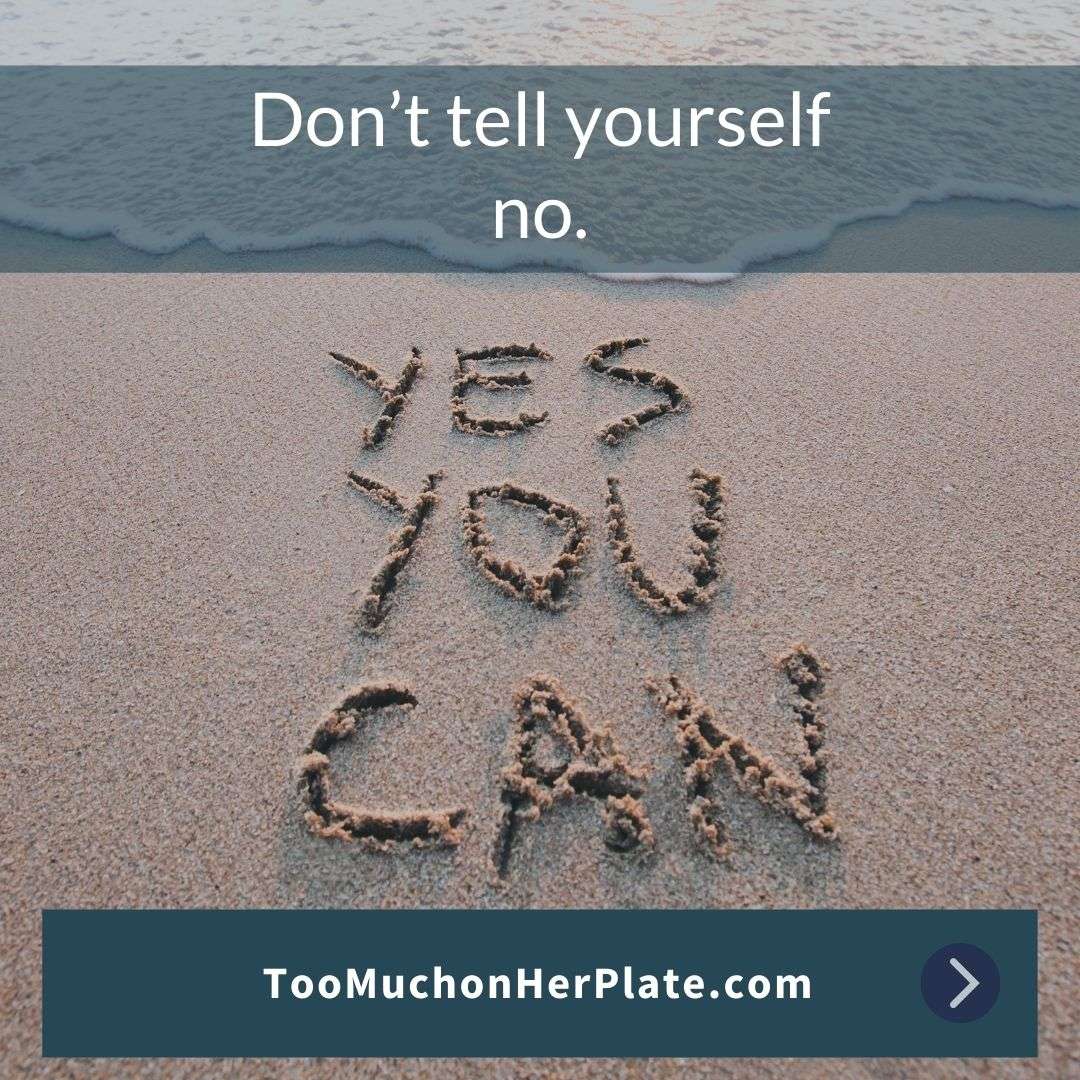 In our Facebook group recently, I asked the following question:

We need to work new mental muscles to think about food and eating differently. What’s one muscle you’re working to build?

Actually, before I tell you, go ahead and answer the question for yourself. What new mental muscle are you building to approach food and eating differently?

Did your answer include the word not?

Here’s what often happens. When it comes to making changes with the way we eat, we tend to focus on what we’re not going to do. And (surprise), this isn’t a great strategy.

Quick – do not think about pink elephants. How’d that work for you?

When you think about the goals you’re trying to achieve, how many of them are negative goals like “I won’t eat after dinner” or I won’t eat Halloween candy this year”?

Not doing something is a willpower based goal. It requires discipline and self-restraint. Telling ourselves not to eat something can also trigger your inner rebel. Being told you can’t do something is rarely particularly motivating.

When it comes to making changes with your eating, this is one place where more is better than less.

Here are some ways to put this strategy into play:

Instead of focusing on what you won’t eat, focus on what you will. I’ll have a salad with protein for lunch at least four days a week.

Instead of declaring that you “can’t” eat something, play with “when policies.” When I start feeling pulled into the kitchen every hour, I’m going to journal for ten minutes and get curious about what’s going on.

Instead of challenging yourself to have more willpower, try building habits that take care of your needs in ways that are more helpful than reaching for something to eat. I’m going to work at taking short breaks in the afternoon instead of trying to power through with chocolate and caffeine.

One more side benefit of creating positive goals? It’s much easier to see and track your progress, and that’s a powerful factor in creating motivation and ongoing momentum.