Could this one word help you stop overeating?

If you aren’t using this word all the time, you may be gaining weight

People talk about stress eating, emotional eating, and comfort eating. But there is a kind of overeating that a lot of busy women resort to, that you might not be so familiar with. Overeating because you didn’t say no. 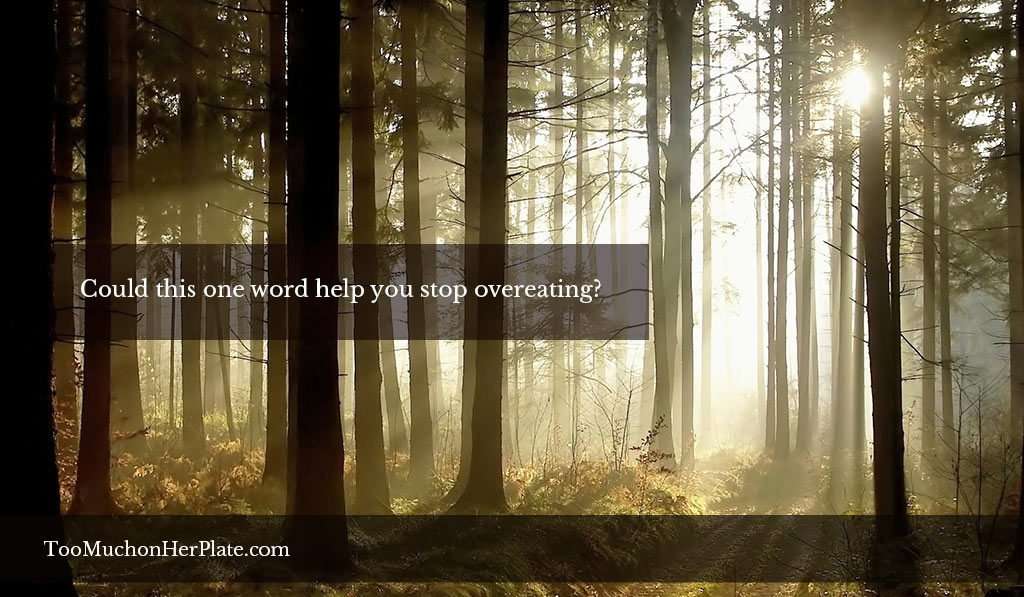 I’m not talking about saying no to second helpings. I’m referring to the other places in your life where you might be nodding yes instead of politely declining, saying no, or clearly setting a limit. It happens a lot.

Here’s what overeating because you didn’t say no looks like:

Overeating because your plans got bulldozed by someone else’s agenda.

Overeating because you’re exhausted (because you didn’t say no so that you could go to bed on time).

Overeating because you’re doing something you kind of resent.

Overeating because you’re frustrated at how much “is expected of you.”

Overeating because, quite frankly, you deserve a treat, and you haven’t left room in your life to really reward yourself (because, somewhere, dear one, you didn’t say no).

You know what eliminates the desire for a lot of this type of overeating? A good, clean, firm NO.

There are lots of reasons and excuses for not saying no.

Sometimes you don’t say no because you don’t really want to – life is full of opportunities, and many of them are fantastic.

Sometimes it’s fear of missing out.

Sometimes, a lot of the time, it’s the darker stuff – shame, guilt, or worries of disappointing other people.

If you aren’t applying the word no liberally in your busy life, chances are, this is taking a toll.

Not saying no prevents you from having the space and energy to say some important yesses.

Not saying no is exhausting. And it’s a breeding ground for resentment and frustration.

My challenge to you – start a running list. Where could you be saying no more? Where is your spirit calling you to say no? Where are you most afraid to say no (and is it the place you most need to)?

What would change if you started to say no just as freely as you say yes?

I’d love to hear your thoughts about this.