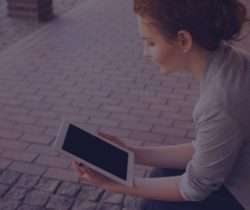 When M – let’s call her Marie – contacted me for help with overeating and the fifteen pounds she had gained, she was very frustrated. A hardworking, successful professional, she was used to solving problems and seeing results, but when it came to her overeating and her weight, she felt like she was spinning her wheels. Marie wasn’t looking for anything she’d call “freedom” or “peace with food,” she was looking to win.

Marie wanted to take back control and see results – and believed she needed more willpower and motivation so she could make it happen. She wasn’t afraid of hard work, but, it seemed like the harder she tried, the more rapidly her plans fell apart.

She felt like overeating was winning and food was running her life. What could she do to make things change? Her usual approach was to take drastic action – and do it quickly. Since this hadn’t been working, Marie asked for my help to do it differently.

As easy as hard work was for Marie, she had to admit that she was not only tired of her lack of lasting results, she was tired of fighting. Thinking about food and controlling what she ate (even when she was on top of her game), took more time and energy than Marie wanted to give it. Freedom from overeating was not a concept she could personally relate to, let alone picture for herself, but she liked the idea of it – a lot. 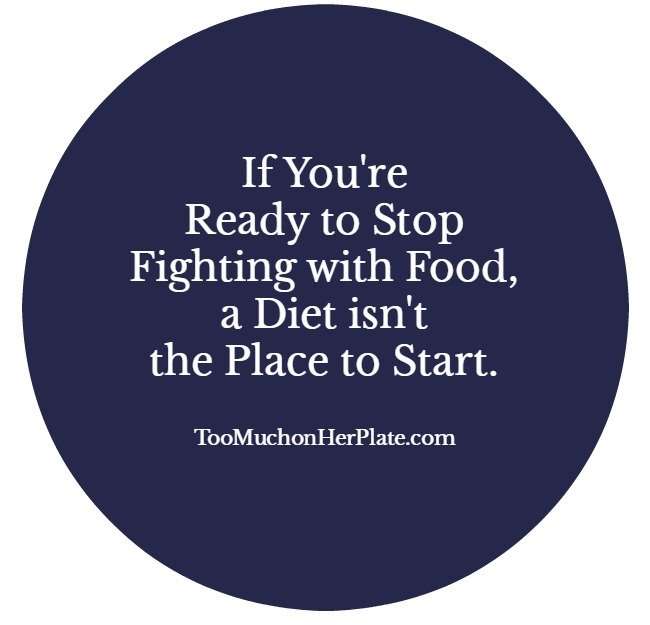 Here’s what we did differently (and how Marie moved from comfort eating at night, to creating freedom from overeating).

When you want to see results quickly, and you feel emotional about it, the temptation is to do what you’ve always done – it’s the easiest way to quick action, even if it’s not likely to bring results. Instead of jumping back into the old, familiar approach (a diet), that hadn’t worked in the past (and that had left her feeling frustrated and hungry), I challenged Marie to step outside her comfort zone and do something completely different.

Instead of gritting her teeth and pushing forward with another diet, Marie took the new approach of stepping sideways – off the overeating/diet/overeating hamster wheel and started implementing my Overeating Freedom Formula.

The first step to freedom from overeating:

Identify why food has so much power and why food and overeating are so tempting and irresistible right now.

Marie didn’t have to look far for her answer. Once she stopped beating herself up for her lack of results and focused her energy on asking smart questions (I cover these step-by-step in the Your Missing Peace program), she quickly identified a pattern. It’s one of the most common reasons that women overeat and even binge – no matter how hard they try not to – stress.

You overeat for a reason. Address the reason and you’ll start creating freedom from overeating. 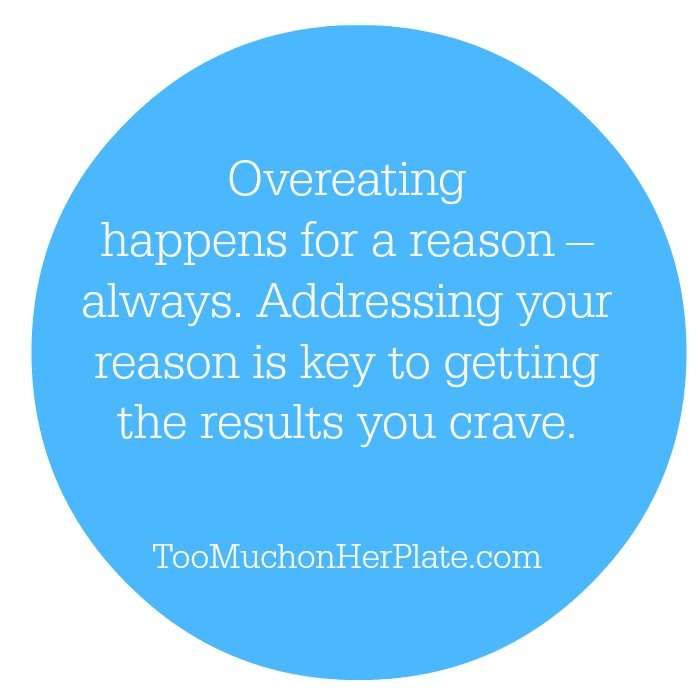 If you ignore their complicated relationship, your efforts, your hard work, and your willpower, won’t get you very far. If you plow ahead, focused simply on eating less and ignore the reasons you are overeating (Marie’s old pattern), you’re hardly ever going to create the results you crave. And if you do, they won’t last.

Shine your light on the reason behind your overeating, and you can start creating dramatic results.

When Marie switched tactics and stopped asking “How do I stop eating so much?” and started asking “What am I really craving and why is food so appealing right now?” her reasons for overeating and the extra fifteen pounds became clear. She was an overachiever and a hard worker who was so used to performing, taking things on, and rising to the occasion, that her life had lost the balance that allowed her to pay attention to her own needs.

In her life, which included a crazy workload and relationships where she was consistently putting herself last, food had become the glue that allowed her to keep going. Food was instant comfort, a numbing solution, a pseudo-energizer, a reward at the end of a tough day, and something that left her feeling bad and mad at herself, all rolled into one.

Grabbing a cookie was never going to fix the things in her life that weren’t working – and as Marie quickly saw, neither would a new diet.

Marie’s struggles with overeating ended when she strategically paid attention to the reasons that she was using food. She used the Overeating Freedom Formula to work step-by-step, through the situations that were leading to overeating, to learn how to create specific, strategic ways of addressing her cravings and urges to eat that actually worked better than food. Coming up with tools and strategies that specifically addressed what to do instead of eating made a huge difference. Instead of needing more willpower, food began to lose its power. She had less cravings when she wasn’t really hungry, and she lost the weight without ever going on a diet.

If overeating is a struggle, a diet isn’t the place to start. Understanding the reason for the struggle is. It’s the first step to creating lasting freedom from overeating and peace with food.