Why you shouldn’t start over 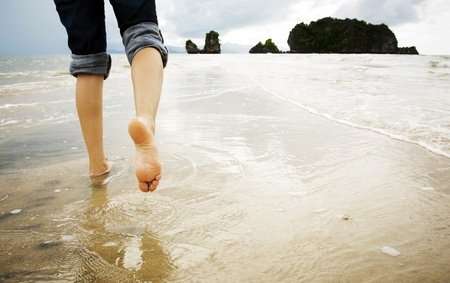 We all know that moment when it feels like it’s time to crumple everything up, trash it. And start over again fresh. It happens with broken resolutions, diets that get off track, and craft projects that go terribly wrong.

If you’ve got even a wee bit of perfectionism, one bad move (or even a series of them) seems to erase any progress you’ve made at all. You might even feel like you’ve completely failed.

And the temptation is to decide that it’s time to start over…perhaps after you’ve stewed for a bit or finished off the rest of the brownies that you “blew it” on in the first place.

I talk with a lot of women who are so tired of starting over that they can’t quite gather the mojo to begin again one more time. Or they do start over, but it’s with a lack of motivation and a feeling of resentment or frustration that it has to be so hard.

We do ourselves a major disservice when we wipe the slate clean and start again.

There’s far more to be gained from strategically analyzing our missteps and the things that didn’t work so well. This is a major key for moving from stuck to successful.

Starting over requires an emotional investment. You have to pull together your energy and confidence that you will be successful if you begin again.

It’s exhausting – especially if you find yourself starting over – over and over again. It can be overwhelming to drag yourself back to the starting line and once again experience the distance (it seems huge) between where you are now (starting over) and where you want to end up.

Overwhelm, overload, and overeating. They build on each other so easily.

Rather than starting over, the better success strategy is to take the next best step.

The next best step probably isn’t going to be momentous – and it shouldn’t be. It’s the step you can reasonably take from where you are at this very moment that will get you at least one inch closer to where you want to go.

The next best step is continuing to move forward instead of mentally beating yourself about the head and shoulders and slinking back to the starting line.

It’s putting down your fork.

Letting yourself have a good cry.

Picking yourself up and forcing yourself out the door for a walk or a run or a trip to the gym.

Sometimes your next best step is acknowledging that you are exhausted and stressed out and until you do something about this, your eating is probably going to continue to feel out of control.

Sometimes your next best step is finding the courage not to keep going it alone.

Next best steps are administered with compassion and caring. There is a reason you didn’t meet the standards you had set. Your next best step is open to understanding so that you can create a better approach next time.

Teaching yourself to move from starting over to taking the next best step can be challenging.

In fact, what seems to be a simple act – choosing a next best step – can put you face to face with your blind spots. Sometimes it becomes apparent that, as much as you want to, you don’t know how to do it differently. You might not know any different than starting over. Again and again and again.

I don’t recommend stumbling around in the dark.

Next week, when Where Thin Begins meets for the first time, we’re going to turn on the lights and stop starting over. I’m going to spend the next three months helping a small group of women discover how to start where they are. How to stop ending up back at the beginning and how to get on track to where they want to go. Taking a series of do-able, custom-fit next best steps.

We’re taking on all sorts of juicy topics like how to have success when you are too busy, feeling stressed out, or don’t know how to stop emotional eating. We’re also going to put new plans in place for when you feel like you are getting in your own way. This group will be learning from strategic training, supporting each other, getting coaching and mentoring from me, and taking the next best steps that work for each of them.

What will three months of next best steps (one after the other) accomplish? It’s going to be amazing.

What would 3 months of continuous next best steps create for you?

If you’d like to move forward with next best steps together, click here to check out Where Thin Begins.

Have questions about whether Where Thin Begins is right for you? We’re getting down to the wire. Email us your question and we’ll be happy to assist you.